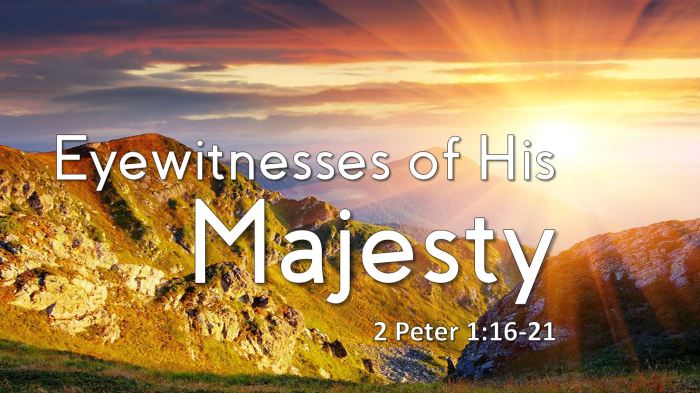 In our home we have a few bookshelves which are overflowing of books. On one particular set of shelves I have a variety of different kinds of book. Of course, being a pastor, there are theology books, but I also have books on philosophy, history, some graphic novels as well as classical and more contemporary novels.

There are many people I know who would place the Bible in the fictional literature part of my bookshelves. The popular perception of the Bible among many people in our time and place is that it is more like a novel than a record of actual historical events. That might be because many of the stories in the Bible don’t seem to connect with people’s experiences today. Maybe it’s because we are so used to books about superheroes, wizards or other mythical characters that the stories in the Bible seem to be more like fantasy than reality. People might possibly see the Bible as a fictional piece of writing because the promises it communicates seem too good to be true.

There are some significant differences between the Bible and other books on my shelves. For example, the Bible wasn’t written by just one person, but by many people over thousands of years. The Bible doesn’t just tell a nice story but contains different genres of literature such as historical stories, poems, legal writings, and personal letters. I can read a novel a couple of times and still enjoy it, but I’ve been reading the Bible my entire adult life and I still find something new and helpful in it for my life. Most of the authors of the books on my shelf made money from their work, but a lot of the authors of the books in the Bible paid for what they wrote with their lives.

From what we read in 2 Peter 1:16-21 it seems like there were people in the earliest days of the Christian movement who were questioning whether the stories Jesus’ followers were telling could be trusted. In their day, too, these stories seemed to some people to be made-up works of fiction. However, in these verses Peter stated that what he was sharing with the believers weren’t ‘clever stories’ (v16 NLT) like a fictional novel. Instead, Peter had witnessed the ‘powerful coming’ of Jesus and ‘saw his majestic splendour’ with their own eyes.

We have an example of what Peter witnessed in the story of Jesus’ transfiguration (Matthew 17:1-9). When Jesus went up the mountain with Peter, James and John, he gave them a glimpse of his heavenly glory as the Son of God while he talked with Moses and Elijah, two of the most important Old Testament prophets. The story sounds like it belongs in a fantasy novel. We don’t normally see people’s faces shine like the sun and their clothes become as white as light while they talk with people who had lived more than a thousand years ago (Matthew 17:2). So when the disciples started telling people about what they saw, I can understand why their audience would be skeptical about what they were being told and question its truth.

That’s why this verse is so important for us, not only in verifying the story of Jesus’ transfiguration but validating the whole Bible. These are not stories people made up for fun. They didn’t make any money out of what they wrote like a modern novelist. Instead, the authors of the biblical books were so convinced about what they saw that they put their lives on the line for it. They were so convinced about the truth of what they had seen and the difference it can make in people’s lives that they would rather die than retract what they had written. That’s what is different about the Bible – it was written by people who had seen the events they had written about, or had talked with people who had witnessed them first-hand, and they were willing to die for the truth of what they had written. Can you imagine any author of a modern best-selling novel being willing to do that?

Not only were the writers of the Bible convinced of the historical truth of what they had written, they also witnessed the differences it made in people’s lives. Peter urges his readers to ‘pay close attention’ to what the prophets had written ‘for their words are like a lamp shining in a dark place’ (v19 NLT). He seems to be referring specifically to the message of the prophets of the Old Testament, Moses and Elijah among them, who pointed forward to the coming Messiah who would bring God’s redemption, justice, peace and glory to the world. There are a range of ways we can understand the idea of ‘prophetic messages’ but here Peter is pointing us towards those messages in the Bible that direct us towards Jesus. He is the light of the world who brings life to all who trust in him, so when we hear the words the prophets wrote which the Holy Spirit inspired, the Holy Spirit uses those words to create faith in Jesus and to bring the light of his salvation to our hearts.

That is why it is so vitally important for us to remain in God’s word and to be listening to what God is saying through it. These aren’t just some nice stories to tell our kids. They’re not even stories that just teach us to live in good ways or to make good choices. These stories are eyewitness accounts of the glory of God which is revealed in Jesus. When we connect with these stories, the Holy Spirit fills us with the glory of God which Jesus revels to us and drives out the darkness in our hearts and minds. We can then bring the glory of God which we encounter in Jesus – his love, mercy, grace and all the goodness of God – into the lives of other people and into what can often be a very dark world. As the glory of God shines in us through the presence of Jesus by his Spirit, we can bring his glory into all the circumstances of life and all the situations we might find ourselves in.

I can’t prove to anyone that the stories we read in the Bible are true. What Peter does, though, is give us two good reasons why we can believe they are true. Firstly, he was there, on that mountain, and he saw with his own eyes the glory of God revealed in Jesus. Secondly, he saw the difference the message of Jesus made in people’s lives as it drove the darkness from them and the Holy Spirit filled their hearts and minds with the light of God’s joy, peace, hope and love. Why would he make these stories up when he had nothing to gain and they cost him his life?

Stories like the Transfiguration made a profound difference in Pete’s life as he witnessed the glory of God revealed in the grace, love, peace and hope Jesus brings. They can still do the same for us…